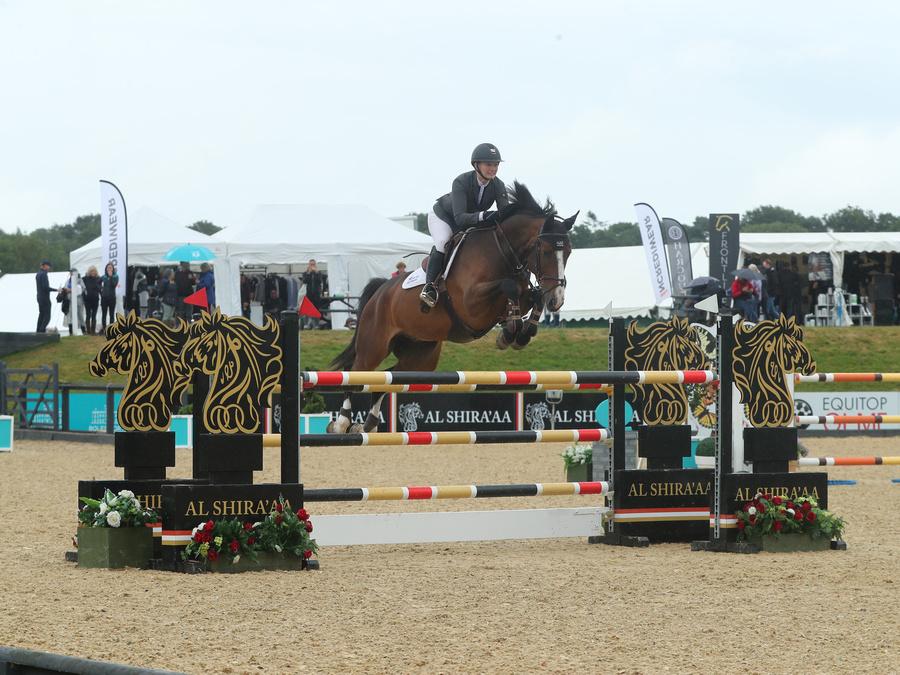 Ruby Fryer was one of our very first MP+ advocates, when we started from humble beginnings. Ruby herself had just a small team of young horses to produce back then. Now the 23 year old show-jumper from Kent is competing at Grand Prix with an exciting string of horses and big goals for the future. We caught up with Ruby about what 2020 has involved so far.

“At the beginning of the year we headed out to Oliva Nova in Spain with three horses. The whole team was very excited to kick start the year like this as Oliva Nova is a popular destination for showjumpers. Sadly Covid put an end to the fun and we were only to be able to jump a few rounds before having to come home again. When we went into lockdown I turned most of my horses out, especially the young ones. The older ones stayed in light work and hacked just to keep fitness and their brains occupied.

As soon as lockdown lifted we were chomping at the bit and felt very lucky that equestrian sport was one of the first to resume. We’ve actually been non-stop ever since. I think we have done every stay away show possible including Weston Lawns young horse show, Bolesworth, Pyecombe, Bicton and Arena UK festival with a team of 5 horses. So we have travelled the length and breadth of the country to compete.

We’ve had lots of success at all the shows with the older horses, Hallmark and Boss Z. They have been consistently picked up placings and qualifyed for HOYS in some of the bigger classes. The younger horses have come on so much in a short period of time. We have a 6 year old called HVL Playboy (Joey), who we bought in October last year having not done much.  He has gone from jumping 1m to 1.25 at his last show. Anyone that has seen him knows he’s a bit special with his own way about things but I’m very excited about him and what’s to come.

Some other young horses who have come on the the team are a couple of really cool four year olds called Lazebel and Lorenzo. I’ve had them both for a year now but they have just started coming to shows. They are proving exceptional young talents jumping numerous clears. Lorenzo even winning his latest Style and Performance final.

This autumn, we are planning to head to HOYS and the British Showjumping Indoor Championship Finals. Hugo has qualified for the Grace C and the prestigious Foxhunter Championships and Hallie in the Talent Seekers Final. I’m hopeful it will still run but with another lockdown potentially looming.

I think my horses will have a quiet winter and much deserved down time. The same can’t be said for me though, I intend to use the winer for training and producing the next generation of young horse.

Then our next big show we hope will be next March, when we plan to go back to Spain again. Fingers crossed we get to jump more than a few rounds next year and I can continue championing the MicroPerformance brand.